This is my 12th post for #BlogChattetA2Z challenge. Fashion therapy is another conceptual reference to image management, a master of static dressing with as much attention directed to the effects of clothing on the wearer as on the response of others. Clothing functions to provide you with needed change, variety, interest and zest in daily living, a welcome relief from what might otherwise become the sameness of everyday. A range of clothing from casual to relatively dressy, allows you to use your clothes effectively in this manner.

For example “Shikha experiences a release from her everyday take as a homemaker and mother by dressing up in the evening a couple of times a week. Sometimes it is only to share the evening meal with her family. But wearing a soft skirt, casual dress or nice slacks and top, makes the ordinary occasion suddenly special. Her family senses it to and behaves accordingly. It works. Come the weekend, she plans something to make Saturday night special, and wears something equal to the evening.

People often get so caught up, however, on fashion for the sake of fashion and fads they forget about function. In fashion therapy clothing is used as a resource that literally empowers you with a better ability to think, feel and do the things you want to. Looking better always helps to solve problems related in some way to personal appearance.

For example,  “Riya is a graduate student who lives with rheumatoid arthritis a progressively disabling disease. Due to limited arm movement, she requires easy on and off clothing with front openings. She is conscious of the weight of her clothes as heavy clothes make her shoulders ache. Because her elbows will no longer straighten, she prefers to wear long sleeves blouses and dresses, which make the problem unnoticeable to others. She wear very little jewelry, particularly rings, because they draw attention to her hands. She looks for shoes with lower heels to afford her balance and to provide support and comfort.

From all this one of the most important thing which I have learned is when not feeling well is to keep yourself looking well. “if you feel like a cabbage, but look like a rose, I don’t think of myself as a cabbage”.

Parents can effectively manage the appearance of young children with far reaching results.

For example one young mother shared a surprising discovery she made regarding her attitude towards her two youngsters. She discovered when they were left with food on their faces and were sent to play in dirty T-shirt and messy, mismatched pants or diapers, she almost expected them to get into mischief and misbehave. She frequently found fault where there was none, and she was less apt to cuddle and kiss them. She was also less tolerant and more short tempered. However, when she took care and managed to clean and dress them up, she found she had a more positive attitude about their behavior. She was more apt to bestow a hug and a kiss. She was also more tolerant and even tempered. She noticed the same reaction from visitors to the home and from the children’s father at the end of the work day. This is what she has to say -“If the appearance of my children can make that much difference in unconscious response to them”, she chuckled, “it’s well worth a time and attention to keep them looking a little nicer”.

Somewhere in the course of history people got the mistaken idea that the subject of dress and grooming applies only to a women and teenage girls. Not so.

For example, one of my client (My student now working with MNC) who was a young mind came to me disturbed over his difficulty in adjusting to a new job. He claimed he was being treated like an errand boy. As I looked at him and his clothing it was apparent why this could be happening. He was small in stature and had a narrow jaw. His hair was parted in the middle and he wore round, gold rimmed glasses. Basically inappropriately dressed. Considering his professional ambition, some changes were in order. We moved the part in his hair to one side. New glasses were ordered which sits his face shape, new suit was ordered which can give him a more assertive look. He not only looked more mature, confident and capable, he felt that way. Men should not underestimate the influence of their appearance upon their success, both personally and professionally. A little attention to appearance will go a long way toward helping them to achieve their goals. This, too is fashion therapy.

In all cases, learn to manage your clothing as a resource, a tool to help you think, feel and act your personal and professional best, to create a positive First and lasting impression about yourself. While their is no great mystery surrounding clothing and image management, some people seems to have more natural talent or ability. They always seem to look attractive, appropriate and absolutely terrific. Others have to work at it a bit. The good news is that clothing management skills can be learned then practiced to become almost automatic. Resolve now to take charge and make your clothes work for you in all situations.

15 Replies to “What Is Fashion Therapy And How It Can Help ? Understand It With Examples (A2Z of Image Management)”

My Tweets
Join 1,788 other subscribers 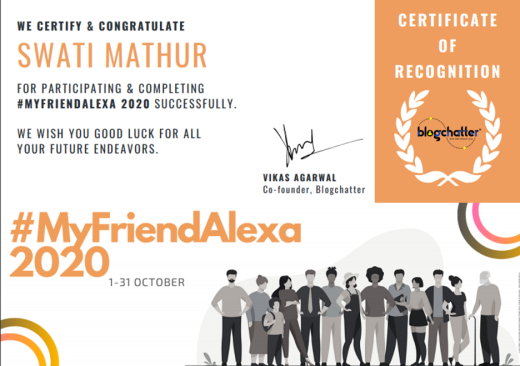 I am a Mental Health Advocate